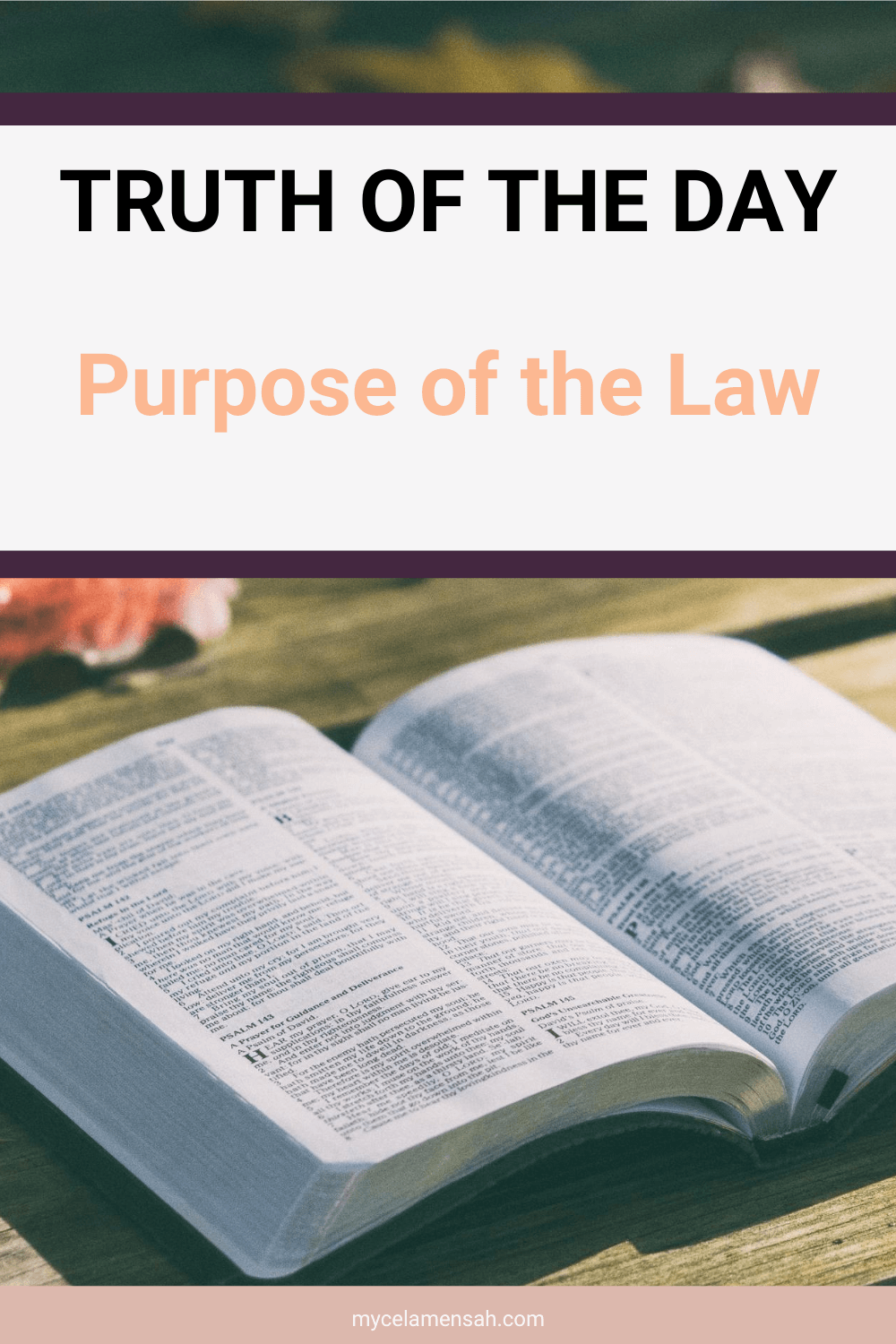 Most Christians get mixed up with the Old Testament Mosaic law and the New Testament grace of God. Here is how to find out about the purpose of the law.

What purpose then does the law serve?  It was added because of transgressions, till the Seed should come to whom the promise was mad; and it was appointed through angels by the hand of a mediator (Galatians 3:19).

The law was meant to be in place till Jesus came.  We are no longer under the law, because we are sons and daughters through faith in Christ.

It was given to define sin, not to defeat it, it is like a doctor who can diagnose a sickness but cannot cure it.  Because of transgressions could mean that the law was added for any of several reasons; to provide a system to deal with sin on a temporary basis; to show people how to sin less; to define what sin is; or to reveal how sinful people are.  The law serves all of these purposes but can never grant salvation.

The law and the promises of God are not against one another.  The problem is that the law, with its humanly impossible stands; does not save; it only condemns in our failure to keep the law, we bring judgment upon ourselves.

Only a person who kept the law perfectly could be saved by it, and no one has done that (Romans 3:23), except Jesus Christ.  That is why Paul wrote that the law was the teacher that brings people to Christ (Galatians 3:24).  The law demonstrates humanity’s failure to meet God’s standards and make people realize their need for the only One who has.

In James 2:10-11, it reads; For whoever shall keep the whole law, and yet stumble in one point, he is guilty of all.  For He who said, “Do not commit adultery,” also said, “Do not murder.”  Now if you do not commit adultery, but you do murder, you have become a transgressor of the law.  Therefore, if you want to live by the law, you should be able to keep the whole law.  There is nothing like small sin or big sin, every sin is sin (nothing like white lie, every lie is a lie). So let us accept the liberty we have in Christ as God has called all believers to a life of love, mercy, and grace.

Prayer:  Father, You are greatly to be praised!  Thank You Jesus for Your sacrifice which has redeemed me from the curse of the law into a life of liberty through grace.  Amen!