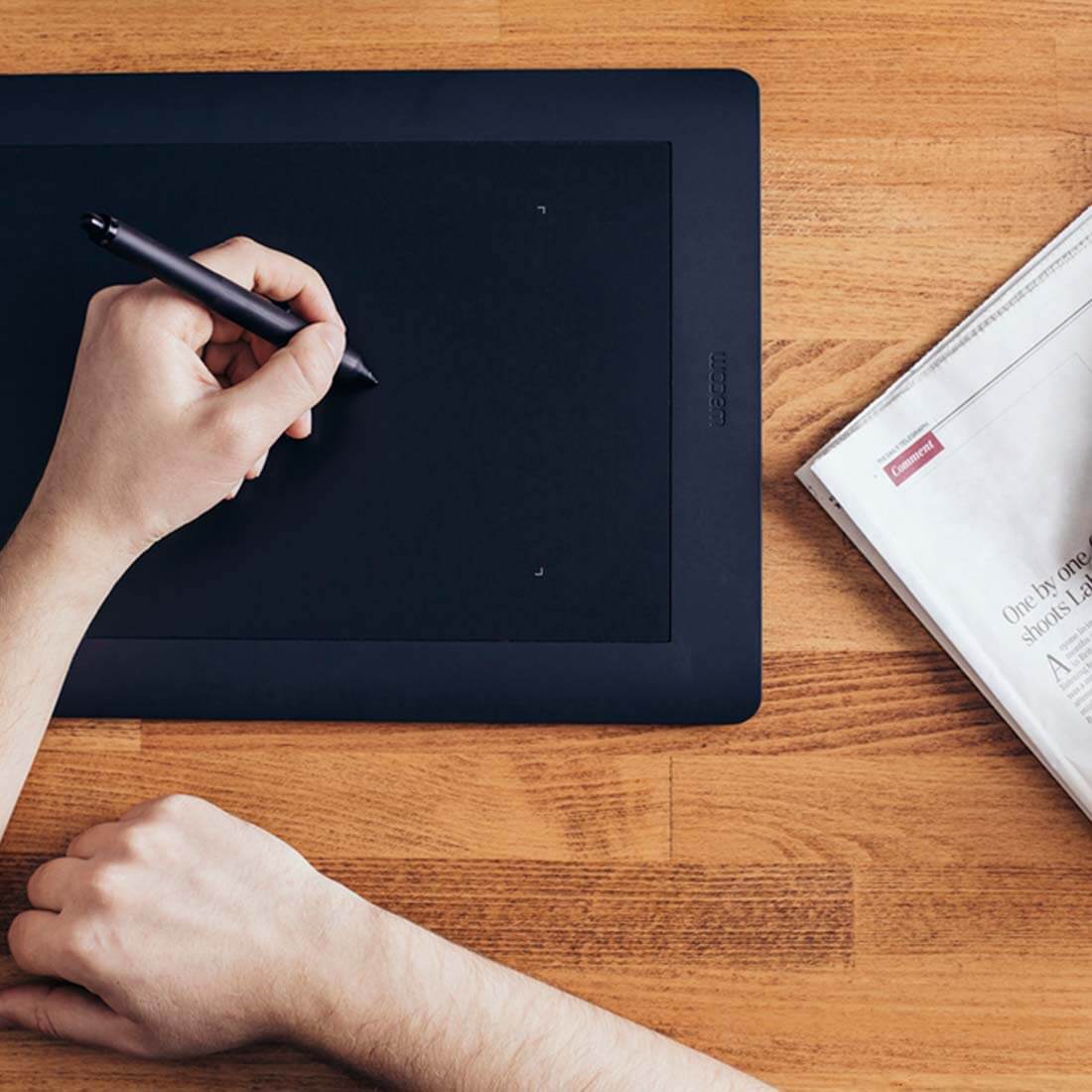 Issues and Problems the Teenager Faces

Is the Teenager the problem?

Children will be going back to school in the next few days to start the academic year.  Most teens will be moving to high school, where most of the teen challenges begins.

Having two teenagers whom I love talking to, getting to know what is going on in their lives and I have also had an opportunity to interact with parents and teenagers and the continous complaints I hear from both sides has motivated me to write this.  Anytime I have spoken to mothers, the conversation has always been in the form of complaints about raising the teenagers.  As a mother myself, I share in their complaints but when you only see the negative in a people, you’ll never build them up but bring them down.  Most of the parents I spoke with were adding one complaint after the other.

And I have been thinking about this for some time; why not look at the problems of parenting teenagers with a positive kind of lenses, rather than hammering on the problems always.

Don’t give up on your teenager, show love!

I have studied the two teenagers we raised; listened to them, spoke with them and also having interacted with other teenagers, this is what I found.

The health and physical changes of your teenager

Mostly, they don’t know what to do or how to handle these changes and they’re ‘restless’.

Teenagers are mostly struggling to find a place in society, to be recognized by their peers and be accepted for who they are.  They are faced with a lot of anxiety and insecurity because this is the most important task of their lives.

I counseled a teenager some years back who was brought up in a well-cultured Christian home.  But when she entered high school, she forgot all about her Christian values of being honest, respectful, kind, helpful, integrity, following moral and biblical principles were all lost due to peer pressure.  She now thinks she is a big girl and what her parents trained her with was old fashion and has now adopted a lifestyle opposite what she knew before.

You did your best by doing what Proverbs 22:6 says; “Training up a child the way he should g, and when he is old he will not depart from it.”  But what do you see now, the opposite!

Let me encourage you here, all the right things you trained your teenager with is a seed you have sow and it will bear fruit at its rightful time. I believe this is the time to be kind and show your teenager how much you love him or her in spite of their behavior.  And you will gain the confidence and will begin to confide in you.  There’s this saying; “love always wins.”

But the scorning, shouting and complaining will rather draws the teenager away from you and draw your teen deep into a destructive lifestyle and you might lose your teen forever.  I’m not saying you shouldn’t scorn your teen, but do it with much love and make your teenager understand why the discipline and the need for him/her to be guided in the right direction.

For all that the teenager is looking for is acceptance and love, because at this point in their lives they are confused and not understanding themselves with their changes.

Talking to that teenager, I realized that she felt her parents didn’t love her because of their continuous scorning and complaints.  So now she is living a double life that her parents knew nothing about.  She has a boyfriend and had also started smoking, all to make her feel good and accepted (which is a deception), but deep inside her she feels empty and very vulnerably destroying her life.

The other factor is the social media which always has some kind of information about ‘do anything that makes you feel good.’  You’re ‘cool’ when you’re doing things according to the world’s standard. The show on television for this age group encourages all is good for the teenager – be it bullying, premarital sex, aggressive, violent behavior and breaking rules. What is the teenager learning? Who is to be blamed?  Who should the teenager turn to? What is a teenager to choose from?  Is it the fault of the teenager to become confused, resistant or out of control?

Other challenges the teenager faces

The teenagers stress level increases as they move higher in their school work, a number of projects to be done, tests to cope up with, professional choices to be focused on, drama, sport and other extra-curricular activities from the school front add to the pressure.

When it comes to being social-able, the confusion of  dating, partying, hanging out with friends, vying for attention with the distraction of the media, sports, music, internet relationships etc. The teenager is under much pressure to schedule time, prioritize work and achieve goals. So an effective learning skill with guidance could be of great help to these teenagers.

Parenting teenagers is the most complicated aspect of life. The parents need to identify the right balance and with lot of wisdom.  Often times, parents try to live their dream through their children which also builds pressure on the teenager. Expecting them to become what they couldn’t do when they were their age.  Also wanting to see their teenager excel in academics, get good grades, be the child of their expectations, well behaved, responsible for themselves and sometimes for their younger siblings, making good choices in life.

I believe every parents wants the best for the teenager, but how you handle your teen will determine the end results of these expectations.

Again, teens are under pressure to be accepted among peers, how to become more popular through other channels like music, sport and bulling a little bit and getting into school gang, all this makes them feel under great stress to become acceptable and popular.  Amongst all these distractive activities, the seeds of restlessness, anxiety, fear of failure, unbearable stress are also planted.  And they mostly handle these pressures in an immature way which leads them into other problems like formation of unacceptable habits, teenage depression, substance abuse, getting into trouble with the law.

The pressure mounts up when the teenager think or feel every adult is attempting to mold them into a particular acceptable shape.  Parents, elders in the family, teachers, and social groups are all party to this. The teen is not mostly able to make any choices of their own, even though, guardians do not push their views down their throats; they are still under a lot of pressure because of the variety of suggestions given and the fear of failure. Often than not, teenagers arrive at decisions which conflict with their own skills or fields of interest.

The teenager is suddenly expected to act like an adult sometimes and a child at the same time, with good social and self- help skills in areas like managing work independently, decision making, managing their finances well, being responsible, to mention a few.  Parent usually complains about filthy bedrooms, untidy shelves and cabinets, missing stuff, smelly socks about their teenagers. Their inability to handle the pressure makes them fail in the face of expectations, more prone to anxiety, and depression.

The wellness and health of teens

The teenager’s health, relaxation and rest, emotional health should also be considered.  The teen girl wants to be attractive meet the expectations of the peers; the boy eats any junk food, all to make them look popular and acceptable. Rest is the most important and yet the most ignored item on the teen’s agenda.  In an effort to do it all and be it all, the teen sacrifices highly on rest.

The hormonal change in the body adds up to the chaos of the teen restlessness of scheduling, prioritizing, achieving, fulfilling parental expectations and conforming to peers’ expectation.  And because they are not able to handle all these considerable emotional pressure, their moods swings, they become aggressive, depressed and sometimes breakdown.  Here is where the skills of the parent in parenting teenagers come into play.

How to help the teenager deal with their problems

The life of a teenager today is forced to live on the edge, at a very superficial level with no acceptance and very little positive affirmation from parents, peer pressure, and living in the internet and television with no emphasis on moral value or excellence.

Parents need to change their way of thinking about their teenagers and sharpen parenting skills to be clear in raising their teenager.

Parents need to look for ways to help their teenagers, adopt a parenting skills that will help both you and your teenager, resist complaining but be responsible for what you’re exposing your teenager to right now.

You cannot afford to ignore your parental duties of bringing up your teenager well from the time they are little. Televisions, computers, phone and other gadgets that the teen spend most of the time with, cannot give your teen the nurturing that only parents can.

Have an effective communication flow with your teenagers that they always look at you as allies and not as enemies. Communicate positively and avoid commands and ‘I told you so’ lines. Form rules for teen driving, discuss and set limits on teen dating etc. and ensure that they conform to those rules. This can help tackle the problem of the out of control teenager.

Provide complete and healthy meals whenever you pack it or put it on the table. Vegetables and fruits interesting should be appealing.

Let your teenager know that you don’t always have all the answers and you too are not always right. Take their opinion and help when ever needed.

Thank and appreciate them often.

Learn to listen to their point of view. Give it a good thought before you trash it. Your encouraging and supporting attitude goes a long way to help the teen.

One of the greatest reasons for stress is the fear of failure; help your teenager to build self-esteem, techniques to program the mind, self affirmation, letting them know how valuable they are, could be help to overcome this.

Teach your teenager how to set goals and achieve them, helps them break down goals into smaller, achievable modules, which will take much of the stress out of their lives.

Be vigilant and look out for sign of stress, lack of concentration, anxiety, poor eating habit, poor oral and personal hygiene, disturbance in sleep, redrawing and not having any interest in social activities, address them immediately. It could be teenage depression, get professional help.

Let them be assured of your love!!!