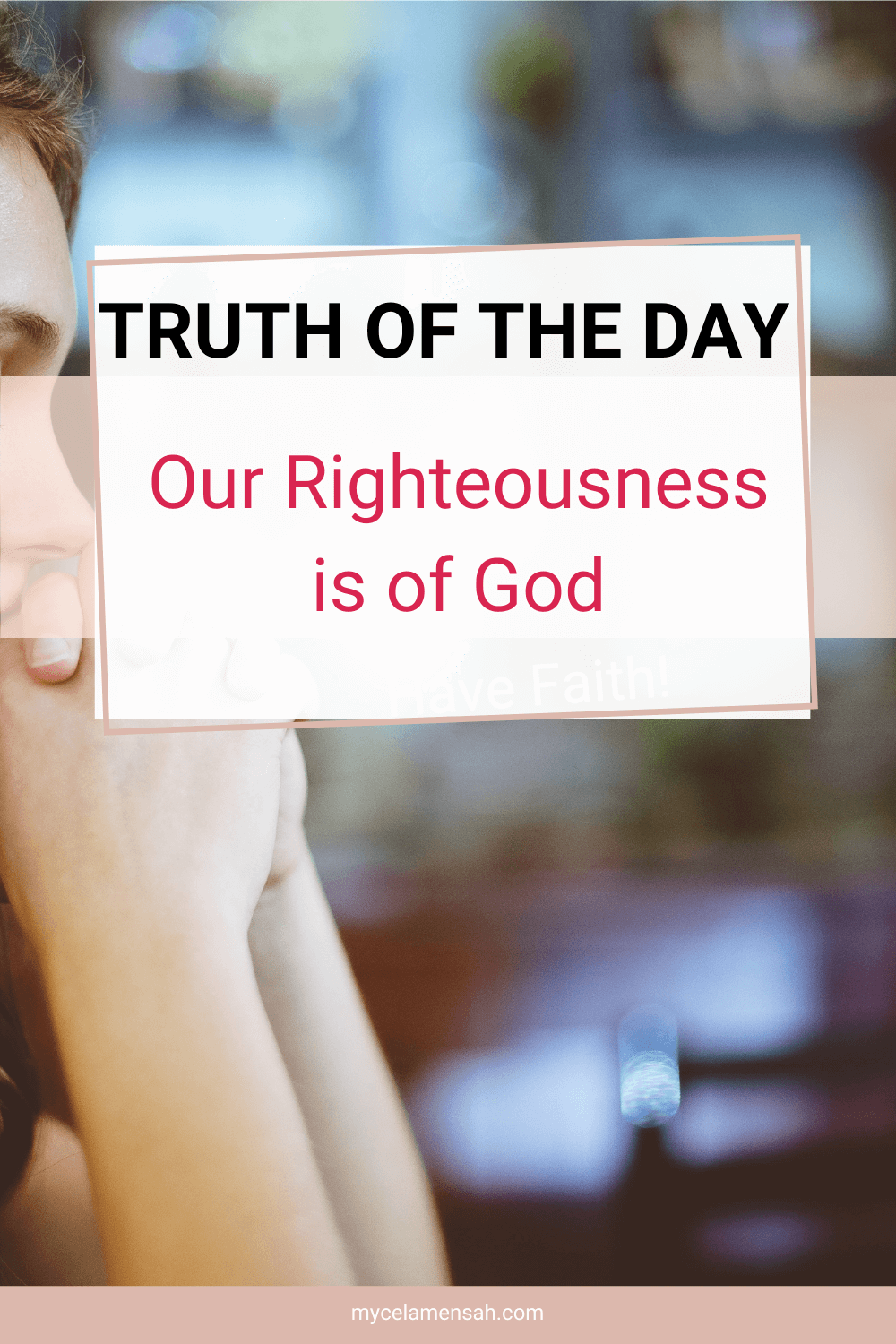 Do you have zeal for the Lord, but according to your own knowledge? Our righteousness is of God, so you should not seek to establish your own righteousness.

For I bear them witness that have a zeal for God, but not according to knowledge. For they being ignorant of God’s righteousness, and seeking to establish their own righteousness, have not submitted to the righteousness of God.  For Christ is the end of the law for righteousness to everyone who believes (Romans 10:2-4).

The Jews were outwardly zealous for God, but they were not zealous to know Christ.  Seeking to establish their own righteousness, Israel missed the gift God offered them.  For Israel to receive God’s righteousness, they had to stop relying on works and rather, believe in Christ’s work (Romans 1:17; Philippians 3:9).

We like the Jews, are zealous for God and seeking to establish our own righteousness which will give us access to Him.  We think that our performances and good works will make us righteous before God.  It is not what we do but what Christ has done for us indicating that Christ is the goal or fulfillment of the law (works).

We can only live a righteous life through faith in the finished work of Christ.

It is hard work to live by your own righteousness whilst Christ has already become your righteousness, which also means that you believe what Christ did is not enough, which is pride and brings a curse on you (Galatians 3:10-12).

Because Christ has done all this, we are wickedly presumptuous when we try to add our work to what He has already done!

Prayer:  Father, I thank You for Christ who gave Himself for my sins, and has called me, sanctified by God the Father, and preserved in Jesus Christ.  And through faith in Him, I am the righteousness of God in Christ.  Amen!