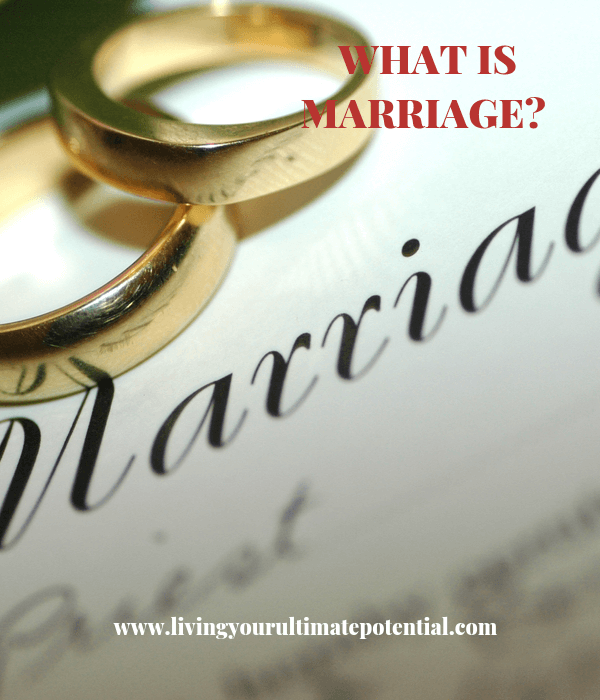 Marriage is an intimate union between a man and a woman which was instituted by God from the beginning of His creation.

It was first instituted for earth’s first couple which was blessed by God Himself, and Adam received it as a blessing, his response upon first sight of Eve is history’s first poem (Gen. 2:23).  He was overjoyed, a man in love.

But now, so many man-made believe and traditions have been introduced to it.

In most African countries, they have a traditional way of marrying a couples.

In my country, which is Ghana, the engagement of the couple is when the two families from both sides come together to perform the traditional rights for the couple and shows the acceptance and togetherness of the families in the marriage.

And during this time they pour libation and pray to the god’s of the families to back the marriage to be successful.

As a Christian and knowing the implications of pouring libation (a form of worship) to other gods apart from the God I know, I refuse the pouring of libation, which was accepted by my father and prayers to God to bless my marriage was said instead.

I believe that pouring libation to these unknown gods is making them the foundation of your marriage and also agreeing to their demonic activities.

The foundation of everything is very important including marriage, how you begin your marriage and what you accept into it initially will make or break the marriage.

The divorce rate in marriages is very high mostly because of its foundation.

Marriage is the union between one man and one woman.   Life today is under great strain in our culture today.

This should be no surprise to anyone who reads the Bible, because ever since the Fall, marriage God’s way has been under attack.  Homosexuality was rampant in Sodom and Gomorrah.  Ezra, Nehemiah, and Malachi all decried the rash of divorces in ancient Israel, and those attacks continue to this day.

How did we lose sight of God’s gift or faithful, life-giving marriage?

Marriage is a gift from God to humanity which was blessed by Him from the beginning.  After creating Adam, God realized that it was not good for the man to live alone; therefore He created Eve to be Adam’s help-mate (wife)  to build the family system.

God’s commission to the new couple was to “be fruitful and multiply” (Gen. 1:28).  Genesis 2:24 signifies the pattern that was to sustain the human race indefinitely; a man leaving his parents and joining himself to a woman, and then husband and wife preparing their children to enter into their own marriages and parent another generation.

The Genesis 2:24 and Malachi 2:14, 15 also show that the union of a man and woman is to be permanent.  Malachi reminds us that marriage is a “covenant” – a vow that should never be broken.

The reference to “one flesh” and to being made “one” in both books are not only metaphors for the physical act of a sexual relationship but also for the blending of two individuals into a single entity.

The “two becoming one” was meant to be a blessing for the couple partnered in marriage.

Throughout the OT, there are songs, poems, an stories of lovers who passionately pursue their beloved and enjoy the fruits of the marital bed, such as Proverbs 5:18-20 and the Son of Solomon.

Faithful love is celebrated as something that grows over time and does not diminish; marital infidelity, as in the Book of Hosea, grieves both God and the family.

Scripture is clear that God’s original command regarding marriage was for one man and one woman to be joined, and the consistent teaching of the NT is for husband and wife to be exclusively faithful to one another within the marriage bond.

Jesus taught further about the “one flesh” metaphor by saying that, once married, “they are no longer two but one flesh.

Therefore what God has joined together, let not man separate” (Matt. 19:6).  Divorce was not part of God’s divine plan because of the pain, disorder, and confusion it introduces into people’s lives.

Divorce also disrupts the orderly succession of values from one generation to the next.  When lived according to God’s design, marriage blesses and builds up its partners, as well as families, society, even the church.  It should be honored and treated as the covenant relationship that it is.

For Christians, the ultimate reason to preserve the permanent and faithful one-male and one-female union in marriage is because it is an earthly illustration of the permanent union between heaven’s Bridegroom and bride.

In other words, the man is to love his wife as Christ loves His church, and the woman is to honor and submit to their husband as the church honors and submits to Christ (Eph. 5:22-33).

When that earthly union fails to uphold those divine priorities, the divine union is blemished in the eyes of the world.  Even more, God’s people miss the great gifts of peace, pleasure, and partnership with God in earth’s most life-giving relationship.

Seek for help if you have problems in your marriage!

Thank you for stopping by my blog today, if you have questions about you marriage, just leave your comment below.

Here are some of our resources that will benefit you, click here.

Until next time, live with purpose!