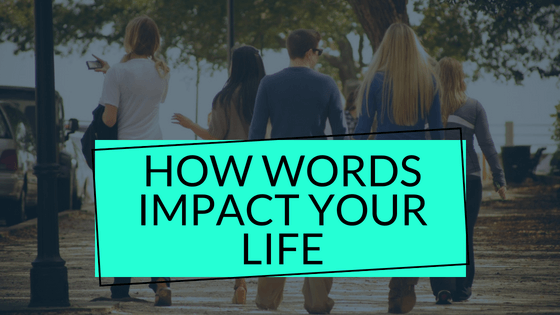 “You possess what you confess”

Do you want to live a life full of joy, peace and less anxious?  Watch your words!  Words are powerful!  What a person says will often return to him or her in some way, either adding to his or her life or subtracting from it.  Your speech has consequences. Your words can create or destroy a life.  A word has negative or positive impact in your life and leaves a blessing or a curse.

God spoke into existence everything we see around us, creating the earth with His words and everything was just as He said it. Then God said, “Let there be light” and there was light (Genesis 1:3).  And God formed man out of the dust of the ground, and in ‘His own image’ and breathe into man the breath of life and man became a living being.

Therefore, the power and authority to create with words has been given to man and makes us accountable for our words.  God expects you to use your words to create, to build, to motivate, to encourage, to heal, to accomplish the impossible not to curse and destroy lives.  If negative words can affect your life why don’t you speak positively over your life to bring the change you need?

The impact of words

The words you continuously listen to and hear enters your spirit, it gets established in the mind, develops into belief and you begin to act according to what you have been listening to. Therefore, if you have been hearing the word of God, it will begin to show in your attitude and you live accordingly.  “So then faith comes by hearing, and hearing by the word of God” (Romans 10:17).

The mind will produce a thought, it enters the heart and the mouth speaks.

The mind receives every idea, thought, and imagination, the heart processes what the mind produces and if the mind is under the control of the Holy Spirit, the Holy Spirit prompts and guides the heart what should precede out the mouth, which is always peace, joy, love, grace, mercy etc.

But a heart that is not under the influence of the Holy Spirit exhibits all the evil you can think of.  “But those things which proceed out of the mouth comes from the heart, and they defile a man.  For out of the heart proceed evil thoughts, murders, adulteries, fornications, thefts, false witness, blasphemies” (Matthew 15:18-19)

Words expose the strength and vulnerability of a person and it can also improve or destroy whoever is listening to it.  Words spoken can never be retrieved back, once spoken; it registers in the hearers mind stirs up emotions especially when it is negative or insults.

The story of two neighbors

An elderly man came home from work one day and found his fence wall destroyed, and he immediately suspected a young man who was his neighbor.  He did not have any evidence but because he had an issue with him before, the young was his first suspect.

He confronted the young, who denied his allegation, therefore, the older man threaten to take the case to court.  In court he fabricated stories and said a lot of bad things to the judge about the young man. When the young man was called to defend himself, he had a witness who knew exactly what happened to the elderly man’s fence.

After the judge has listened to both sides and the witnesses, it became evident that the young man did not commit the alleged crime.  The judge adjourned the case asked both of them to come back the next day for their verdict.  In court the next day, the judge gave the older man’s statement to him and said, ‘tear your statement into pieces and on your way back home throw them out of your car window and come back again tomorrow for the final verdict.

The next day, the judge said, before I give my final judgment, I want you to go back and collect all pieces of paper you threw out yesterday and bring it to me.  The elderly man said, how can this be possible, the air blew it away and I wouldn’t be able to find them.  The judge said, exactly, this is how words are, whenever it comes out of your mouth, it can never be taken back.  You may apologies but it will not erase the harm done to the other person, this is because words touch the emotion of a person.  Words are like mixing sugar and sand together, it cannot be separated again.  The judge told the older man, next time before you throw out words and accuse someone, make sure you have your facts and sure of your accusation.  The older man was ashamed and could not look into the eye of the young man when he apologized.

When the mindset is negative, it produces negative emotions and vice versa and it affects your relationship with God and with people.  In that we serve God with our mind and we relate with people with our mind.  Whatever you set your mind on to do, you are able to accomplish it because you have the positive energy which strengthens you not to give up even in the challenging times.

The power of words

When the children of Israel moved, and camped in the plains of Moab, the Moabites became so afraid because of what the Israelites did to the Amorites and others.  The King of Moab then, Balak sent messengers to Balaam to come and curse Israel so he can defeat them.

“Look, a people has come from Egypt.  See, they cover the face of the earth, and are settling next to me!  “Therefore please come at once, curse this people for me, for they are too mighty for me.  Perhaps I shall be able to defeat them and drive them out of the land, for I know that he whom you bless is blessed, and he whom you curse is cursed” (Numbers 22:5b-6).

The power of the tongue, Balak believed that, words spoken either secretly or openly against anyone or anything will have impact. Because words have spiritual effect, once spoken it enters the spiritual realms and begins to operate from there to the physical.  When it’s positive, the Holy Spirit empowers you with those words to do greater things but when it is negative the demons take it up and use it against you emotionally and demonize you making you feel hopeless.

Six steps to live a productive life by your words

And his response was, you will never have money too.  I immediately refused his words, but these words kept on coming to me anytime I have financial problems.  This means I refused his words verbally but I did not believed in my own words to change what he said.  I became liberated from his words when I began to confess the word of God concerning finances over my life. “For you know the grace of our Lord Jesus Christ, that though He was rich, yet for your sakes He became poor, that you through His poverty might become rich” (2Corinthians 8:9).